After the People’s Republic of China and Anhui Province approved an agreement between Brenau University and Anhui Normal University in 2014, the first cohort started at Brenau in 2016 with 18 early childhood education majors. In 2019, approximately 70 students from Anhui Normal are expected at Brenau in three majors: early childhood education, English and interior design. Brenau Athletics added 10 sports from 2005 to 2019 for a total of 15. During this same timeframe, student athletes increased from 58 to 214 with this group holding at least an average cumulative 3.0 GPA.

From January 2005 to January 2019, the university secured $55.26 million from more than 51,000 gifts through fundraising efforts. These efforts culminated in the successful completion of the ForeverGold: An Extraordinary Legacy campaign last year that netted $42.39 million. 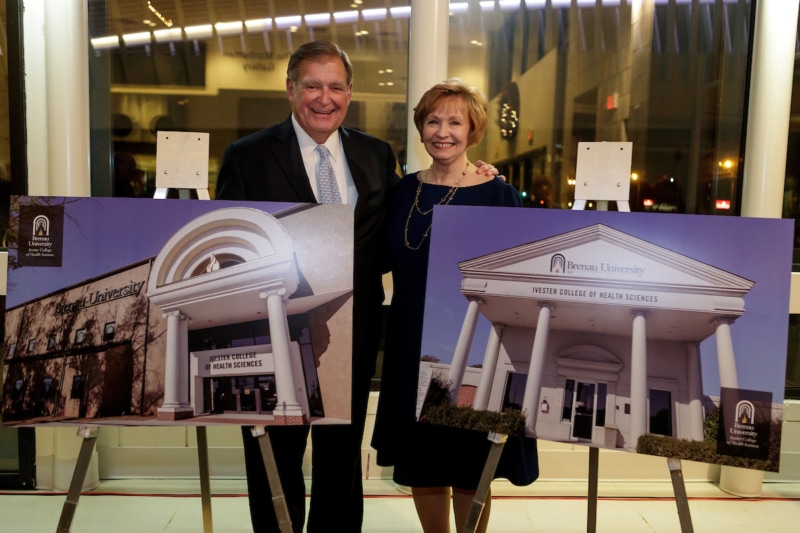 From 2007 through 2010, Brenau conducted an extensive feasibility study to examine starting a medical school. While the study found the timing to be impractical for a medical school, the process began the metamorphosis of the current Ivester College of Health Sciences. Today, the Ivester College of Health Sciences includes the School of Occupational Therapy, the Mary Inez Grindle School of Nursing, the Department of Physical Therapy, the Department of Mathematics & Science and the Department of Psychology.

Total net assets and liabilities under Schrader’s leadership increased 47 percent from $84.47 million to $123.79 million between 2005 and 2018. Investments saw a 31 percent increase to $50.3 million. Property, plant and equipment increased 61 percent to $48.4 million, including the addition of Brenau East, the Brenau Downtown Center, Ernest Ledford Grindle Athletics Park, four sorority houses, New Hall, and campuses in Jacksonville, Florida, and Fairburn, Georgia. In close partnership with former Brenau
President Jack Burd, Brenau’s art collection increased in value by 165 percent to $8.96 million and more than 4,000 works for a total of more than 6,500 works. In 2004, Brenau had one terminal degree: the Master of Fine Arts in interior design. In Schrader’s
tenure, the university added four doctoral programs: a Doctor of Nursing Practice in 2012, an Occupational Therapy Doctorate in 2014, a Doctor of Physical Therapy in 2015 and a Doctor of Education in 2019. Legacy
of a
Leader

Also in this issue Ed Schrader: Legacy of a leader

Legacy of a Leader Ed Schrader came to Brenau University as president in January 2005 for two simple reasons: a strong appreciation for the university’s Fruits of an international agreement

In May 2018, Brenau University and Anhui Normal University saw the culmination of a years long investment with the graduation of a particular cohort of students. The agreement, known as a 2+2 arrangement between the two institutions, was first signed in 2014 and allowed Chinese students majoring in early childhood education to complete the first two years of their undergraduate studies on their home campus and their last two years at Brenau. The journey from a small town to the big city

On Feb. 19, Myra and I boarded the commuter train at Princeton Junction, New Jersey for the quick ride to Penn Station in New York 14 Decades of the Women’s College

The Women’s College of Brenau University may be adding new signature programs, but it is also retaining and supporting its rich 140-year history, legacy and traditions. Take a look back at all 14 decades of Brenau women through these moments captured in the Brenau University Archives. Georgia on Their Minds

Six art and design students from Brenau University recently spent spring break at the historic Ghost Ranch in Abiquiu, New Mexico, the summer home of iconic artist Georgia O’Keeffe for more than 40 years and the inspiration for many of her paintings.

“Not to sound cliche, but it really did mean the world to me to receive this scholarship,” Reidling says. “It is helping me reach my The Brenau University competitive cheer and dance teams had a once-in-a-lifetime opportunity to be part of Super Bowl LIII at Mercedes-Benz Stadium in Atlanta. The big news out of the Atlanta art scene toward the end of 2018 was that the High Museum of Art sold out its advanced tickets for Yayoi Kusama: Infinity Mirrors at a record pace. Thanks to Brenau’s academic affiliate agreement with the High, the university had a limited number of tickets to a special viewing opportunity Jan. 18.

Three Brenau University trustees retire from the board

Three members of the Brenau University Board of Trustees — Jim Mathis, Ben Lilly and Gary Riley — retired this spring after 67 years of 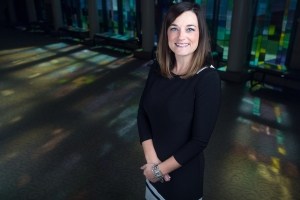 Reflecting on The Women’s College of Brenau University

“A woman is the full circle. Within her is the power to create, nurture and transform.” – Diane Mariechild As you read in this issue In fall 2018, the Honors 230 artistic and creative imagination class taught by Debra Dobkins, dean of The Women’s College, took part in a special